The future of Afghanistan a view from Tokyo

Posted on 03.05.2017 by Usubaliev Оставьте комментарий

Representatives of almost 80 countries and international organizations gathered in Tokyo on July 8, 2012 to work out a strategy for the future development of Afghanistan. As the coalition troops are ready to withdraw the international community is facing the challenges of maintaining security and sustainable development of this country. The significance of non-military security issues is gaining recognition and the role of the states capable of effectively addressing such issues is growing. One of these states is Japan.

The place for the 2012 conference was chosen for a reason. Tokyo was the city where 10 years ago the process of international donor efforts towards the reconstruction of Afghanistan started. In January 2002 the first commitments of about 4.5 bln USD to the needs of this country were made. Since then Afghanistan has received about 60 bln USD of civilian aid [1]. The purpose of the recent meeting in Tokyo was to ensure that the donors maintain the current level of financial support even after the withdrawal of troops.

The 2012 Tokyo conference resulted in a decision to contribute about 16 bln USD within the next four years. This amount of funds covers the development needs of the country in the near future, according to the calculations made by the World Bank and the government of Afghanistan. Japan which is the second-largest donor after the United States will contribute about 3 bln dollars. Since 2001 Tokyo has contributed more that 4 bln USD with about 1.5 bln USD yet to be allocated until 2014 as a result of the new Afghanistan assistance strategy adopted by the government in 2009.

According to Japan’s proposal at the 2012 conference the new strategy of international aid will be based on the principle of mutual responsibility. As the Afghan government fulfills its promises to fight corruption and take measures towards good governance the donors commit themselves to delivering on their financial pledges. Assistance will be carried out for concrete projects listed by the Karzai government and the results will be reviewed at the follow-up meetings every two years. The next follow-up meeting is scheduled for 2014 and will be held in the United Kingdom.

After Japan’s representative announced at the meeting in Bonn in December 2011 its intention to host a donors conference, it faced a difficult task of attracting additional funding to the needs of Afghanistan. The donor fatigue is growing strong against the background of corruption and poor governance in Afghanistan, the situation only getting worse because of financial problems in USA and Europe. To counter these challenges from the early 2012 Tokyo began a vigorous dialogue with Kabul on the most serious issues. As a part of the efforts to make the preparation for the conference more efficient in April 2012 Sadako Ogata was appointed assistant to foreign minister. Ogata is ex-representative of prime minister and the leading expert on Afghanistan reconstruction who stood beyond the success of the Tokyo 2002 conference and the Pakistan donors conference in April 2009.

In order to draw attention to the upcoming event Japan’s foreign minister Koichiro Gemba took part in the meeting on Afghanistan on the fields of the NATO Chicago Summit in May 2012. In his speech Gemba underlined the importance of the comprehensive approach which targets both security and sustainable development. While preparing for the conference Japan also intensified the informal «track-two» activities. The media attention was captured by the conference organized by one of the Japanese universities in June 2012 in which the adviser to Karzai M.Stanekzai and a representative of the Political council of Taliban took part. Japan is trying to assist informal contacts of the conflicting parties and is exploring the prospective for their possible interaction. This soft approach which involves various opportunities for mediation may be called a signature style of Japan’s diplomacy and can bear fruit in the future.

In addition to the large-scale international donors conference in July Japan hosted a series of other events on Afghanistan organized by the United Nations, Japan international cooperation agency (JICA) and NGOs. They discussed such issues as refugee relief, civil society, women’s rights and children’s issues. These events indeed attracted international attention to Japan’s initiatives and once again highlighted Tokyo’s efforts in the field of non-military security.

Japan has been engaged in the settlement of the problems of Afghanistan for a long time. In the late 1990-s Japan undertook independent attempts at bringing together the warring parties and even announced its desire to organize an international conference on the reconciliation. The situation after 9-11 provided an impetus to Japan’s diplomatic activity in Afghanistan. Indeed Japan’s military participation in the counter-terror operation was limited because of the constitutional ban on the dispatch of the Self Defence Forces to the combat zones. However Japan has demonstrated rigorous activity in the political and economic field. Such an approach reflects the principles of the concept of comprehensive security which is the core of the foreign policy of Japan as a global civilian power.

Japan repeatedly points out that peace and stability in Afghanistan can not be reached only be strengthening military security. Tokyo attaches great importance to the efforts towards the national reconciliation and reintegration of former combatants. In 2002 Japan was appointed as one of the countries overseeing the security sector reform in Afghanistan. Acting in cooperation with the UN Assistance Mission in Afghanistan (UNAMA) it carried out the campaign on disarmament, demobilization and reintegration (DDR) of more than 60 thousand militants and the following campaign of the disarmament of illegal armed groups (DIAG). Together with Great Britain Japan announced the establishment of a Trust fund for peace and reintegration in 2010. Japan’s main assistance is directed at creating jobs and vocational training for former soldiers. As minister Gemba has underlined recently Japan is going to play a leading role in the efforts on reintegration in cooperation with Afghanistan.

Tokyo plays a vital role in enhancing the capability of Afghanistan to maintain its own security. Japan has been funding salaries for the Afghanistan police officers, carrying out police training, including training in Japan, projects on enhancing literacy. With Japan’s assistance police and border control centers have been built and numerous projects on de-mining and counter-narcotics are carried out.

One of the areas where Japan’s efforts are indispensable is the rehabilitation of the infrastructure in Afghanistan, as well as the routes connecting Afghanistan to the neighboring countries. This not only facilitates transportation of humanitarian goods but will also boost trade and commerce in the region. Japan has built the part of the Ring road connecting Kabul and Kandahar, roads in the borders of Afghanistan with Pakistan and Uzbekistan, infrastructure in Tajikistan. Japan attaches particular importance to the creation of the Southern route connecting Central Asia to the sea via Afghanistan and Pakistan.

Tokyo has long been a proponent of an enhanced regional cooperation as a way for economic development of Afghanistan and the neighboring region. The issue of Afghanistan has been permanently present in the agenda of the ‘Central Asia plus Japan’ dialogue. In 2006 representative of Afghanistan took part as an observer in the ministerial meeting of the dialogue. Since 2005 Afghanistan has been included in the Central Asia regional economic cooperation program sponsored by the Asian Development Bank where Japan has great influence. With this aim in view Japan intends to promote the development of Central Asia as»one theater»[2], and this suggests proactive political and economic efforts in Central Asia in the foreseeable future. It can be argued that Japanese vision of the region has much in common with the one of the United States although such terms as «The Greater Central Asia» or «The New Silk Road» have never been present in the official language of the Japanese government.

Much of Japan’s aid is directed to the sphere of «human security», which is the traditional field of Japan’s global assistance. Humanitarian relief has long defined Japan’s efforts Afghanistan as it helped carry out projects in irrigation, healthcare in the 1960s and programs for refugees in the 1990s. Since 2002 Japan’s main efforts have been focused on the smooth transition from the humanitarian aid to the aid in reconstruction, with its assistance programs being expanded to different parts of the country. Since 2007 Japan has been cooperating with NATO Provincial Reconstruction Teams (PRT) in carrying out «human security» projects, and in 2009 Japan’s foreign ministry officials joined the PRT in the province of Ghor. It should be noted that Japan’s contribution is not limited to financial aid. Japan has dispatched JICA experts and various NGOs are also working in Afghanistan. The latter has especially been pointed out by the government repeatedly stressing that the efforts in Afghanistan are based on the «All Japan» approach, which combines efforts both by the government and by the nongovernment sector. This is meant to counter accusations of Japan’s reducing its contribution in Afghanistan to the ‘check-book diplomacy’.

In the past decade participation in the development of Afghanistan has become an integral part of Japan’s foreign policy. Although the situation in the region does not pose a direct threat to Japan’s national security Tokyo shows keen interest in the normalization of the situation in Afghanistan. Given the amount of financial assistance granted by Japan any failure of its strategy in Afghanistan will raise questions among the Japanese taxpayers, especially now that Japan itself is experiencing economic troubles.

Considerations of energy security also lie beneath Tokyo’s interest in a stable Afghanistan. Japan has long been advocating the creation of alternative oil and gas pipelines in Central Asia. Japan is also interested in other mineral resources of the region, such as rare earth. Apart from economics, Japan sees political benefits from assisting Afghanistan. This will not only strengthen its influence in the region but also help maintain its status as a global leader in addressing social and economic issues.

Japan maintains good relations with Afghanistan and its neighbors and this enables Tokyo to play a constructive role in the country’s development. As the coalition troops are being withdrawn from the country and international efforts focus on post-conflict nation-building Japan has a great opportunity to expand its role. The success of the Tokyo conference 2012 is a good asset of Japan’s diplomacy and will foster the realization of Japan’s long-term policy goals in the region. 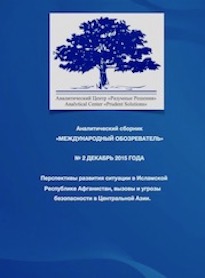